Will AP Automation make my job redundant? Here are reasons you don’t need to worry 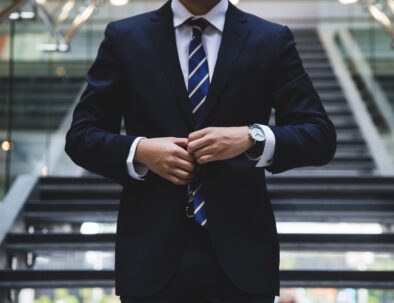 Will AP Automation make my job redundant? Here are reasons you don’t need to worry

Few months back I met my friend who works as a Customer Relations Manager in a large bank. As I am not from a banking industry, I was curious to know from him about how banking operations happens in his bank and branch. He said that few years back it used to be very chaotic and stressful as many of the processes were manual, but now it has significantly improved as many of the processes are streamlined through automation.

I further asked him, “did some of the executives who were involved in manual data entry and handling paperwork lose their job?”

He said, “largely no, however as you know there are always few people at the bottom of the performance stack who did not make the cut as the bank found it difficult to re-skill them.”

I further asked him, “How operations have changed after your bank has automated some of the banking processes?”

He said, “since the processes are streamlined now, customer queries have gone down and customer satisfaction has gone up. As a result of this our branch has seen a significant increase in the number of new customers over the past few years and there is an increase in the fund our branch is handling now.”

After meeting my friend from the banking industry, I came back home and continued to think, “how automation has changed the industry”, “what impact will it have on the existing people?”

Suddenly then, an example came to mind from the IT industry which I want to share with you.

You may recall several years back when Software Testing used to be a manual process. A big push was given by the IT industry to automate software testing.

A natural progression of re-skilling or up-skilling, whatever you may like to call it as, was to develop software development skills. So what happened then? The market expanded and the demand for software developers increased and all these re-skilled resources got absorbed.

At this juncture universally acclaimed (Charles) Darwin’s Theory of Natural Selection comes to my mind, which states:

“…. that nature selects organisms that have features favourable for their survival, while eliminating inferior species. Natural selection is a key to the origin of new species from the existing ones.”

ATMs were supposed to do away with cashiers at banks but both coexist today.

There are other examples like manufacturing automation. I will leave it at that for you to connect the dots.

The above examples brought the following questions to my mind:

“Is automation a foe or a friend as it nudges people to come out of their comfort zones and compels people to develop new skills ?”

“Does industry automates some of their operations to make our job redundant or it creates new opportunities for the industry and it’s people?”

According to a survey on the Future of Jobs in India by EY and Nasscom:

Experts also believe that the impact of automation is no longer restricted to junior and middle level as creation of new categories of businesses is leading to senior-level jobs being redesigned with rapid adoption of AI, robotics, blockchain, etc.

Let’s come to the context of Accounts Payable(AP) Automation. Assuming that the entire AP process is end-to-end automated, how the AP executives can take advantage of this?

Assume that post automation the AP executives are freed from mundane time consuming manual work. Some of the areas where the existing AP executives can add strategic value to their organization and also themselves are as follows:

You will have much more time to engage with your business owners and clients as a business advisor, offering insights on how to bolster your company’s balance sheet and help the company perform better.
You will have the opportunity to see the big picture of what information your company holds and how it can be used to make smarter investments, find new growth and operate more efficiently. You will also find more time to focus on tax consulting, infrastructure related decisions, and corporate mergers and acquisitions.

As a financial analyst, you will have access to financial information on dashboards – that few others in the company have – that will give you a comprehensive view of how the company is doing.
Seeing the whole corporate financial picture, you will be able to spot early warning signs of potential problems and opportunities to shift directions.

You could be asked to prepare internal audits for your company in which your skills as an accountant would be needed to track financials and regulations. During this process, you should take the opportunity to upgrade your company’s risk management programs and promote continuous budget reviews.

You can add value as a procurement specialist by renegotiating contracts with suppliers, look for variations in pricing between suppliers across the organizations and implement unified pricing, advise the business users on financial position of suppliers.

“While traditional services will continue to remain an important part of what accountants do, the focus will be different. The biggest benefit of using artificial intelligence (AI) instead of manual bookkeeping, is probably the time it frees up for accountants to provide strategic advice to businesses and organisations.
Real-time accounting can help small to medium businesses to take decisions when needed instead of waiting for months for financial statements.”

Every Cloud (Automation!) has a Silver Lining

The good news is that while technology is making inroads at a rapid pace and as new job profiles get created, there is an increasing demand for professionals trained in new skills who can help companies navigate through the transformation.
Automation trends are going to be great opportunities for accountants to develop new skills, add more value to their businesses and advance their careers. Take this special opportunity to sharpen your skills to improve your business value.

“The value of having an accountant – either outsourced or in house – is not in the data entry but in what they can add to your business. A good accountant operates as a strategic partner in your business, offering insight into what the financials mean.”
~ Maree Caulfield,

What are the Product Features of PEOLs Digital Invoice Processing Application

We use cookies on our website to give you the most relevant experience by remembering your preferences and repeat visits. By clicking “Accept All”, you consent to the use of ALL the cookies. However, you may visit "Cookie Settings" to provide a controlled consent.
Cookie SettingsAccept AllRead More
Manage consent

This website uses cookies to improve your experience while you navigate through the website. Out of these, the cookies that are categorized as necessary are stored on your browser as they are essential for the working of basic functionalities of the website. We also use third-party cookies that help us analyze and understand how you use this website. These cookies will be stored in your browser only with your consent. You also have the option to opt-out of these cookies. But opting out of some of these cookies may affect your browsing experience.
Necessary Always Enabled
Necessary cookies are absolutely essential for the website to function properly. These cookies ensure basic functionalities and security features of the website, anonymously.
Functional
Functional cookies help to perform certain functionalities like sharing the content of the website on social media platforms, collect feedbacks, and other third-party features.
Performance
Performance cookies are used to understand and analyze the key performance indexes of the website which helps in delivering a better user experience for the visitors.
Analytics
Analytical cookies are used to understand how visitors interact with the website. These cookies help provide information on metrics the number of visitors, bounce rate, traffic source, etc.
Others
Other uncategorized cookies are those that are being analyzed and have not been classified into a category as yet.
SAVE & ACCEPT
Need Help?